All posts from Elena Kwok
Posted in

Javier was unwell since yesterday. He had high fever due to sore gums and throat. My parents brought him to the doctor as I was working. But thankfully, he’s okay now. Gone is the fever but the mouth ache is still there. His appetite haven’t returned yet but it’s coming. He’s definitely jollier than yesterday.

This morning, I woke him up to go to the market with my mom. During his bath time, he said,

“Mommy, wait I go market, people see my face ‘bengkak’ then they laugh at me how?”

Aww.. ain’t that cute? I didn’t know little kids have such thoughts. In the end, he gave up his tantrums and followed me and my mom to the market and he craved for soya bean so I got him a cup. Home-boiled for sure. 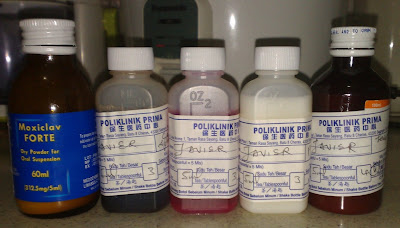 *i gave the medication names because it’s FUN for Javier.. i allow him to choose which character he would like to nibble first and I always take a sip to show him it isn’t so bad after all. I actually also asked Judith to take a sip to convince him. LOL! Judith told me quietly, 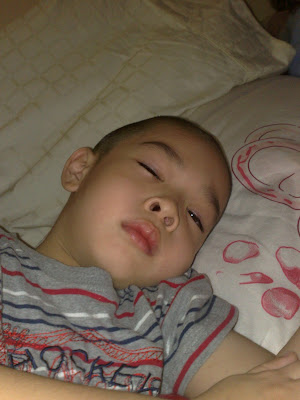 This was Javier yesterday when I got back from work 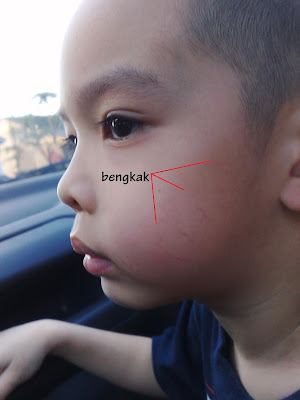 This morning on the way to the market.. can you see his cheeks burning red.. check out the veins!

Later in the afternoon, when he had played Bejeweled and Search & Find Games on my laptop, his mood was better and he wasn’t so needy anymore. 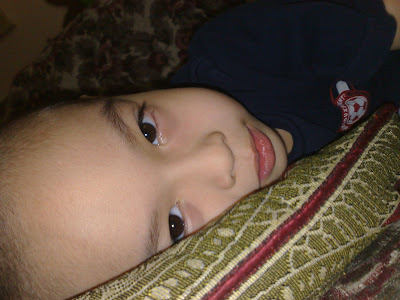 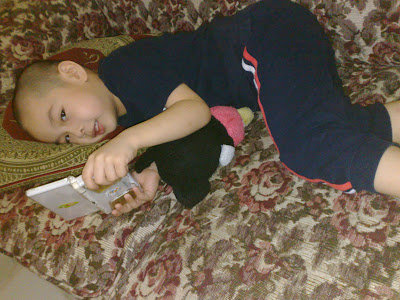 Look! He’s smiling already and he can play his NDS. 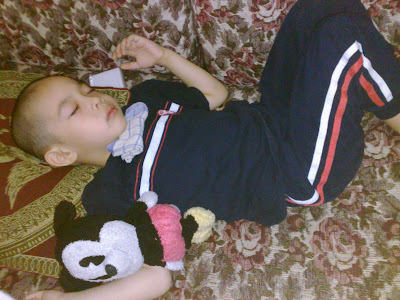 At 2pm, it was medication time. We skipped the fever meds since his fever had subsided. Sleepiness took over.

Actually, sleepiness will take over me soon. I can feel the grogginess. The last time I had a nap on a weekday was…. the day before I started work. HMPH! Btw, I take naps every weekend. To Hubby’s annoyance, every time he turns his back and then back to me, he finds me sleeping on the couch, on the bed, on the car-seat and sometimes on the sofa at my in-laws.