All posts from Elena Kwok
Posted in

Judith started Primary 1 this year whereas Joe is in Primary 3. I tagged along on the first day of school to give the kids a head-start. I was as excited and nervous as Judith was. Joe, was his normal self ‘buat tak tahu aje’. 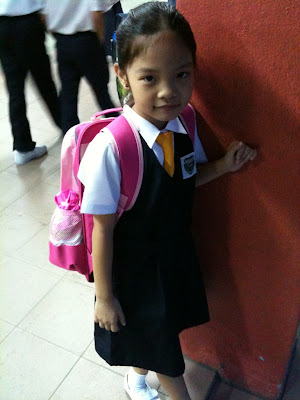 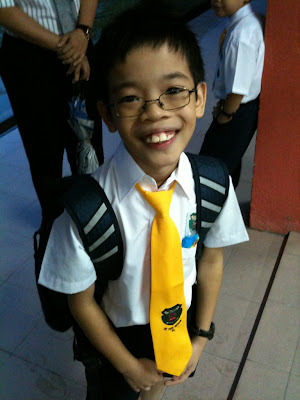 After the queue to class has ended, anxious parents like these and of course myself, stood outside the class to annoy the much annoyed class teacher. 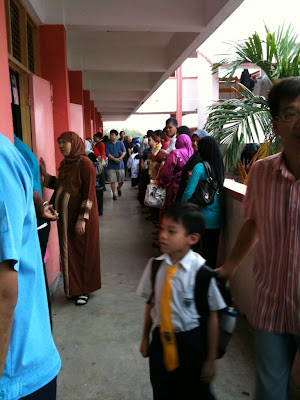 Judith, happily found her desk by the window. 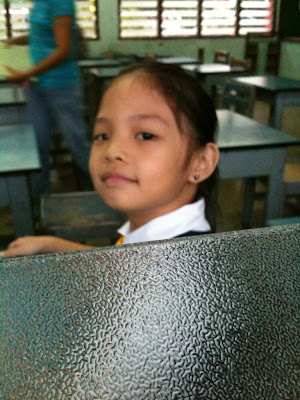 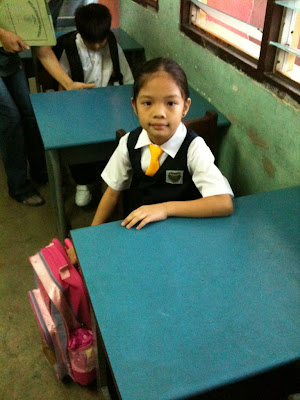 After the forms are filled, the fees paid, the teacher taught her students how to greet her in return and they learned the NegaraKu immediately. Lol! Then, the kids proudly introduced themselves.

On the 2nd and 3rd day of school, it was Hubby’s turn to bring the kids to school. He’s there to make sure Judith knows where to sit during recess, where to go after recess and where to wait after school. The DOs’ and DON’Ts’ @ school. 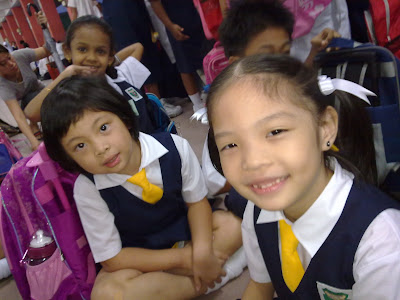 With fellow classmates hanging out while waiting to go to class 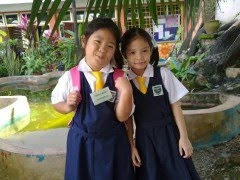 With Trisha at the fish pond after school 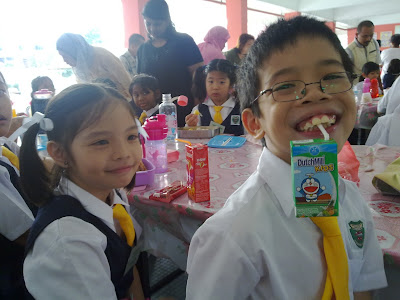 With her famous brother Joe during recess 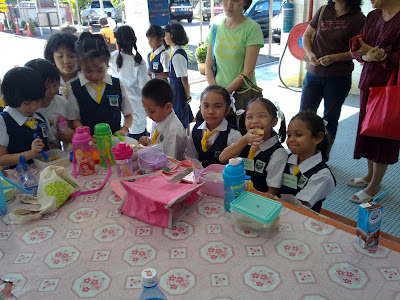 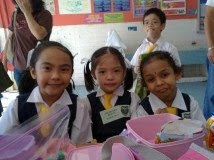 With her good friends, Glory on the left and Kamesya on the right.
These 3 Galsketeers are always found seated together during break.
That’s Joe at the back grinning cheekily.
So far, the kids are taking school well. So was Javier happily going to school on Wednesday without screaming and kicking. My kids are growing up so fast and it scares me because they aren’t my little babies anymore.

The Day Before School Starts

All In a Week Of June