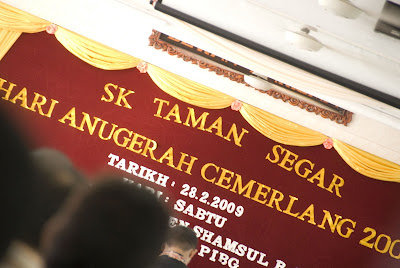 Today, we attended “Hari Anugerah Cemerlang” at Joe’s school. He’s receiving an award for being No. 2 in class for the previous year. Why are kids getting last year’s recognition? I don’t know why but I guess because due to the school’s last minute management. 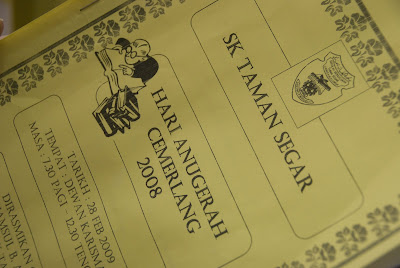 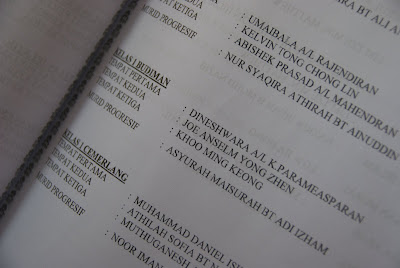 Anyway, Joe was truly excited. Can’t wait for his big day. Can’t wait to be called up to the stage to receive his award and certificate. 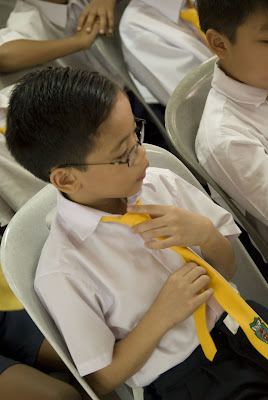 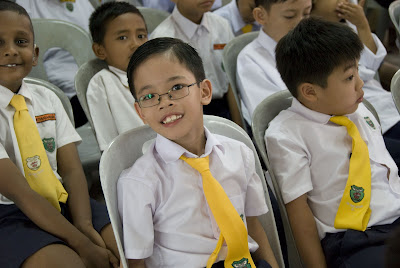 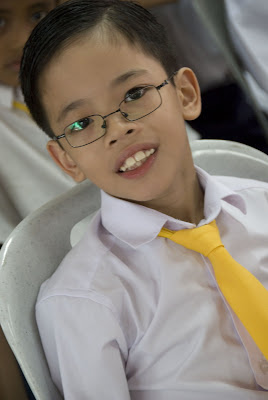 A lot of parents came and the hall was pretty congested. There were not enough chairs but thankfully we arrived a wee bit earlier and also it was only 2 of us. Some came with carload!
words to remind all of us: 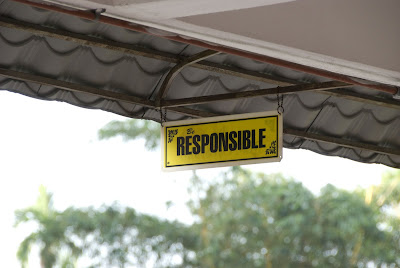 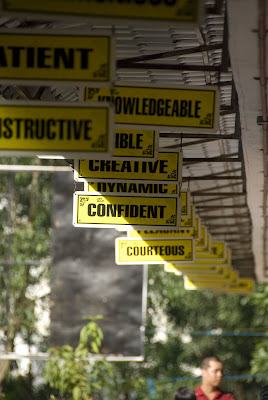 So… the ceremony started with the headmistress’ speech, Pn. Saminyah which was okay as her ‘anak-anak’ (that’s what she calls SKTS students) was very diciplined; listening to every word she said. 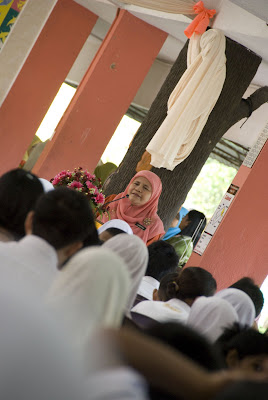 Then… came the head of PIBG. Whoa the fish market audio started and suddenly kids were chatting away. Older ones were playing UNO at the back and parents were yapping away. WOW! 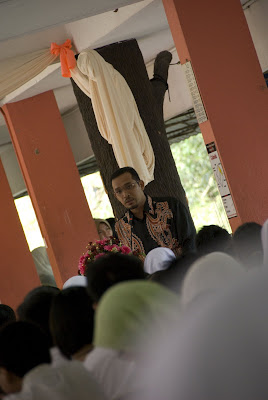 After the boring speech which mostly contained about him and what he does, students put on a malay dance.
Then, the prize giving ceremony started. Receivers were asked to line up by the pillars. It started from children with special needs to Year 1, etc. 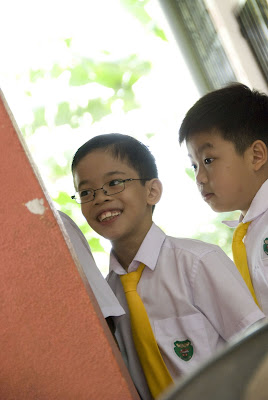 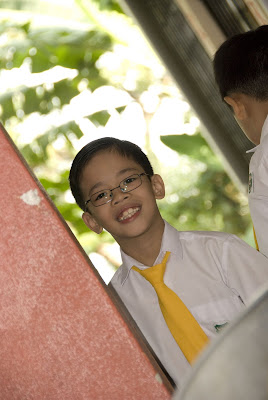 Oooo.. below is one of Joe’s girlfriend, Yong Sum Ee: 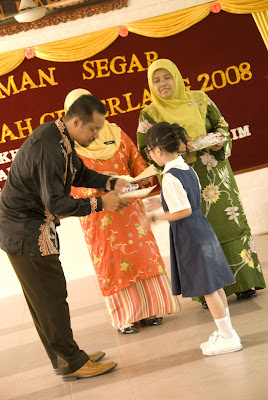 5 minutes later, it was Joe’s turn to brighten up the stage; which he DID!
(pssst~ he actually tripped at the stairs before going up the stage; luckily, he managed to gain his composure and zoomed up the stage to the amazement of the crowd.. it happened so fast that no one had the chance to ‘OH’ about it) 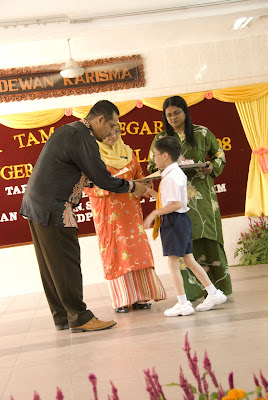 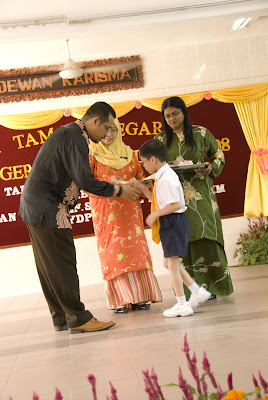 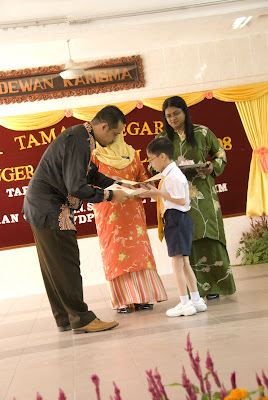 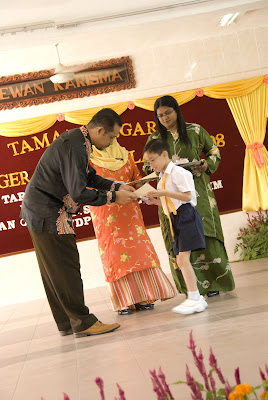 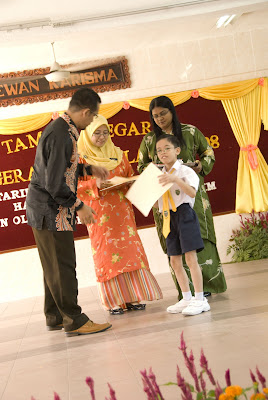 Lastly, a closed up picture of Joe with his award and certificate on his big day! 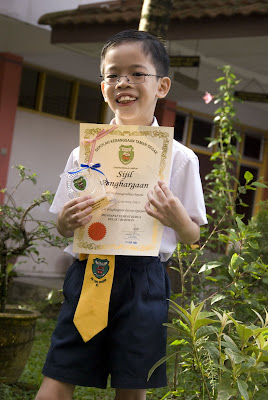 (p/s: We brought the camera but forgot bout its life but Dad saved the morning. He F4-ed and delivered the battery to us. If weren’t for your help, we won’t have these pictures. Thanks!)