Christmas Season is here! Christmas is around the corner and the decorations are all up and everywhere. The kids love Christmas but who doesn’t, right? In fact, I think almost everyone celebrates Christmas. It’s the time to share and give…

Pavilion KL
The kids had fun playing with gold flakes. I didn’t join them as I wasn’t well but was recuperating. We had dinner at Wong Kok Char Chan Teng and Nancy spent us. Thank you! Before I ate, I threw up and after I ate I had repeated what I did earlier. So I was a little woozy. It either showed in the pictures I taken or it’s the movement of the camera that made them blurry 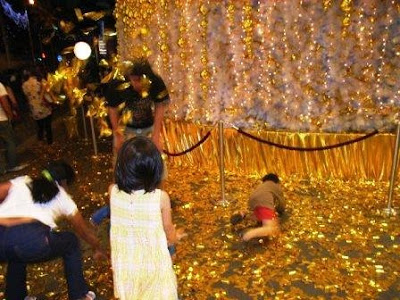 Joe got down on his knees 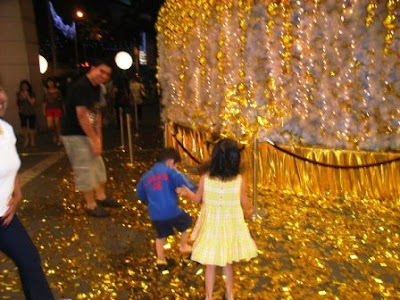 Javier wasn’t too happy when his CROCS were filled with gold flakes..
Look at Jake laughing! HAHA~ 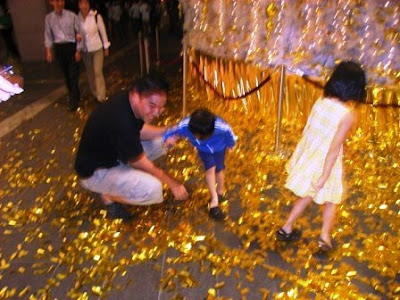 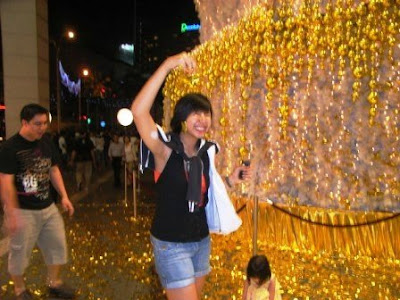 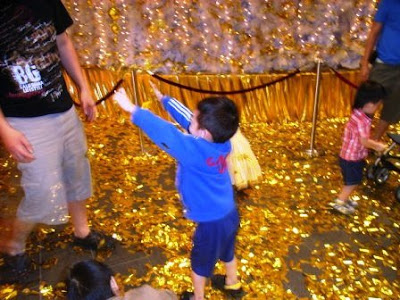 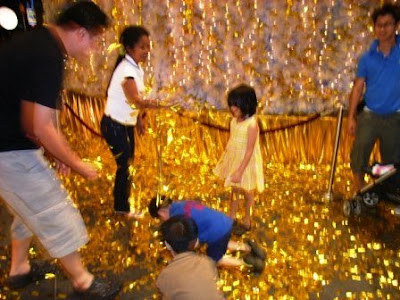 Even Embak joined in playing with the kids 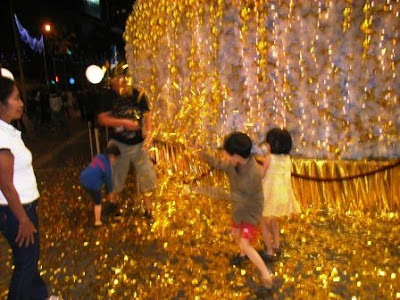 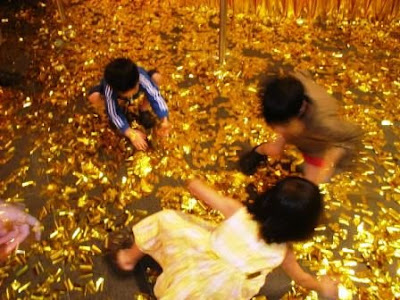 Attacking each other now… 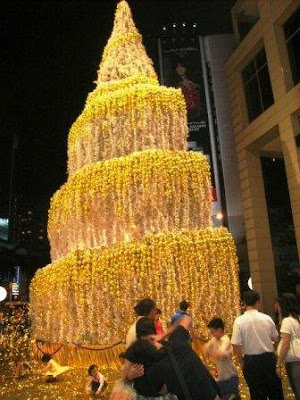 The magnificent Gold Christmas Tree
Outside Marche/Courtyard
We had late brunch yesterday at Marche. My stomach was getting much more better but I need to take a pill half an hour before food intake to prevent me from vomiting. So, hubbie chose Marche so I can take my time to choose food and also to take my time eating. After eating, the kids head outside… 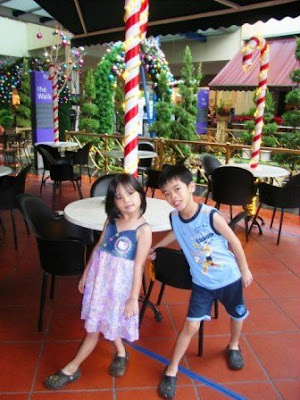 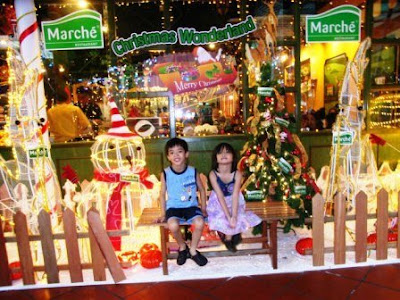 Both of them were attracted to the little pumpkins on the ground. Joe thought Halloween is approaching. Silly fella~ 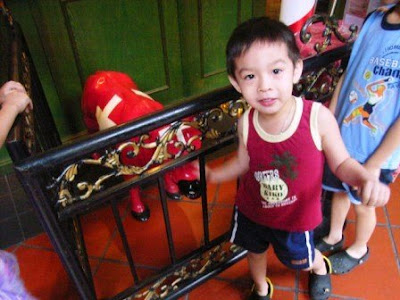 Javier insists that the red baby cow is his. Sorry Javier, you can’t bring it home.
I didn’t get to snap any pictures while in The Curve, though the decorations are very beautiful and creatively done. It is because everyone was cam-whoring. OMG flashes of lights were everywhere.. but I’ll cam-whore sometime soon when I’m feeling 100% okay.
HOME
Mom started decorating the house in the afternoon but I only helped her late in the evening. I helped her put on the Christmas tree lights, added some decorations, did some here and there and VOILA~ 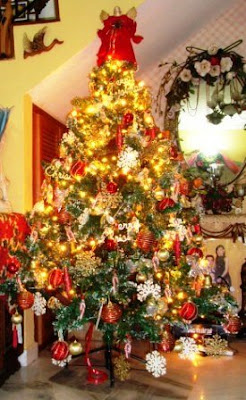 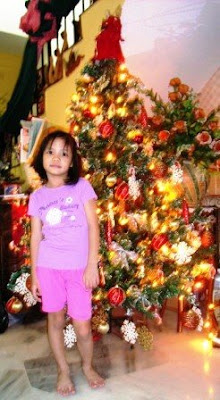 Judith wants a picture with the tree 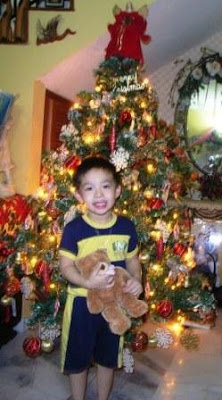 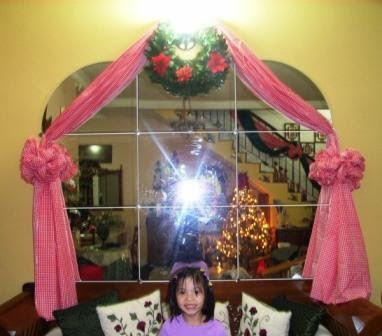 The living room.. Judith wants to be in this picture too! She came from nowhere. 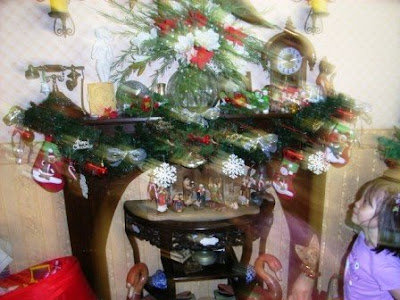 The fire place without the fire.. here Judith comes again! 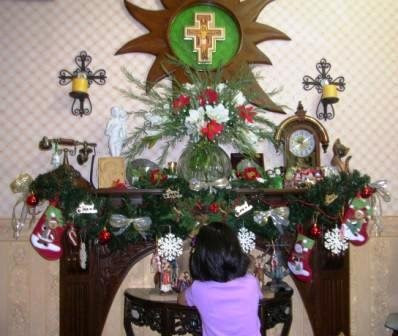 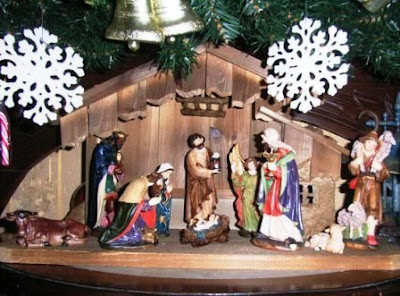 The entrance to the living parlor.
It says, ‘PEACE BE WITH YOU’. So.. if you don’t find peace in yourself, don’t enter! 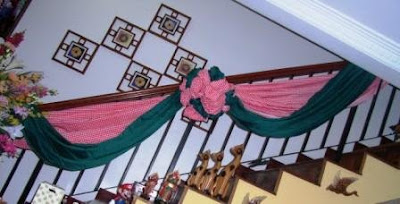 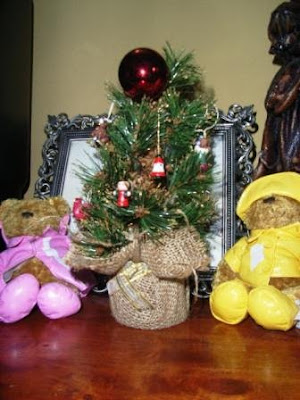 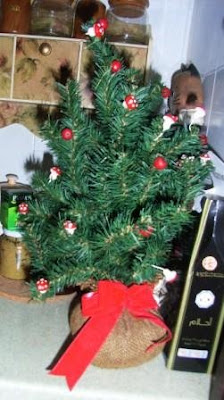 A little tree in the kitchen to remind everyone it’s Christmas time s0 it’s the time to SHARE!
http://elena-bloggingtheblog.blogspot.com/feeds/posts/default

The Christmas Dinner I Missed!