Yesterday was my MIL @ mother in law‘s birthday. It was her 45th birthday. She held a mini party for her friends at home. We went to her party after the kids finished school. Jake couldn’t make it as he got loads to do at the office.

I was down with sorethroat so I didn’t eat much. Just had some munch and drinks. The kids was happily running around until Javier started to get bored and annoyed at my MIL‘s friends who started smoking ciggs.
FIL came home in style. He drove in with the Benz.. ahem~ I meant drove MIL‘s birthday present into the house porch. YUP! You got it right.. she got a car for her birthday. How lucky is that? It created a scene among my MIL‘s friends. They went goo-goo-gaa-gaa over the car and started cam-whoring all over it. They took turns going in and out of it and I just stood there shaking my head with amazement. HAHA~ 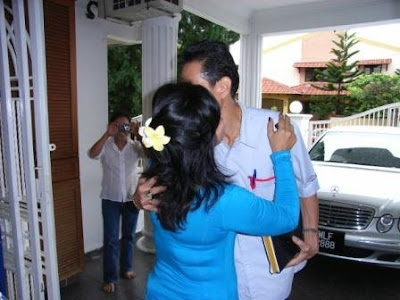 The passing over of the car key and of coz’ it ends with hugs and kisses! 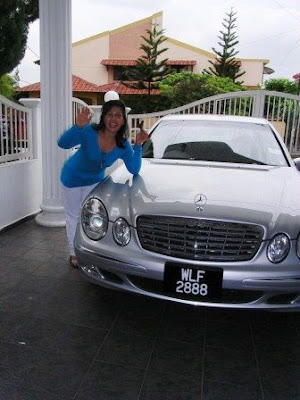 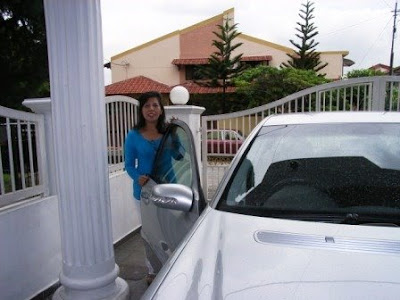 Ready for a spin? 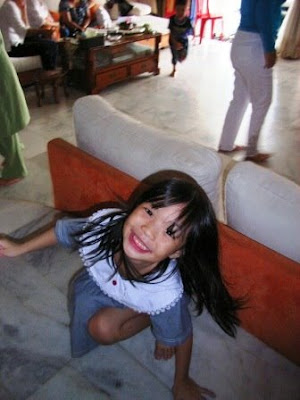 Judith always so happy hopping around from chair to chair 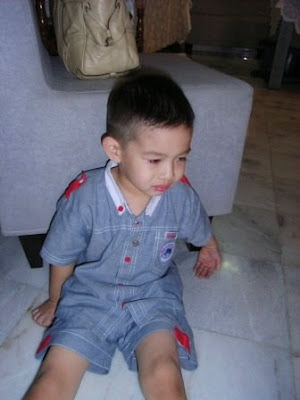 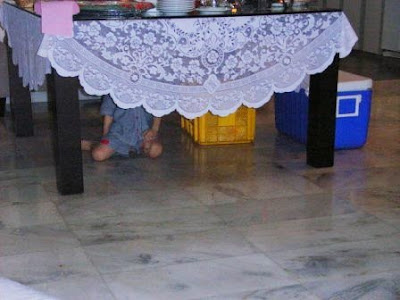 Pee-ka-boo! Showing tantrums under the dining table
We spent about 2 hours there and headed back home as the kids needed their nap because we were bringing them for a movie, High School Musical 3 at Pavilion KL. My sister wanted to join us but she got caught back at work. Cecilia and Nancy was as excited as the kids and ME. We had some dinner snacks at Silk Road and thanks to CC she footed the bill… KEKE!
Well, the movie was great! Better than the previous ones. Even Jake thought it was good too. After the movie, CC just couldn’t control her feet. She was above the ground most of the time floating from the cinema all the way to the car park. She did caught some attention from onlookers but who cares right? Her feet were made for dancing; SO BE IT. Nancy and me just stayed near here.. not too close thou. LOL~
Anyways, we had earlier planned a surprise birthday party for MIL right after our movie. FIL had been informed earlier of the plan! My inlaws had to attend a wedding dinner so we got back home ahead of them. The cake was already waiting at home and when my inlaws were on their way back, CC called and pretend to say that the fuse box at home went BOOMED!
We had to turn off all the lights. Switch off all the switches and banish whatever source of electricity and etc. It was total darkness which was pretty scary. I bet the neighbours must be thinking what went wrong with our lights! Then… they came home. MIL, hurriedly came into the house and started shouting asking why we didn’t light any candles. We told her we couldn’t find any so she shoot Embak, which is our homemaker; pity Embak got sounding but it didn’t last long cuz’ Nancy came out with the fully lit cake and we all sang the birthday song. Indeed she was surprised and shocked. I mean we all actually made her believe the fuse box really went dead! 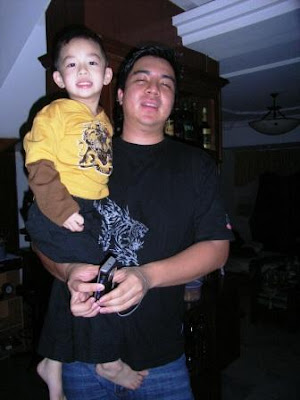 It was really dark and Javier was scared, so Jake had to carry him 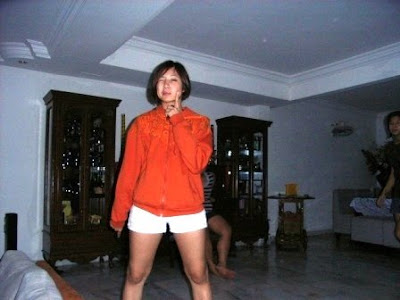 I just click.. can’t see a darn thing but something orange sparkled :p 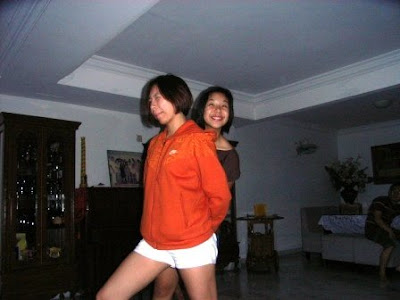 Surprisingly, taking pictures in the dark are better in daylight.. Nancy, I see you! 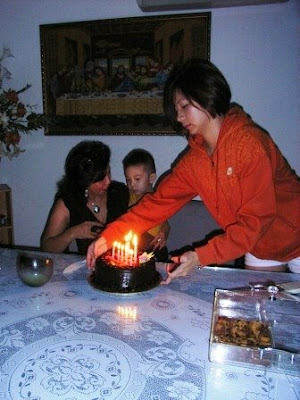 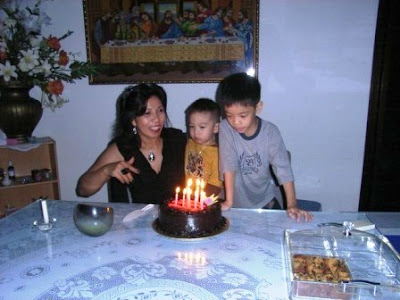 As usual, Joe loves cakes and you can see now that he can’t wait to have a piece of it 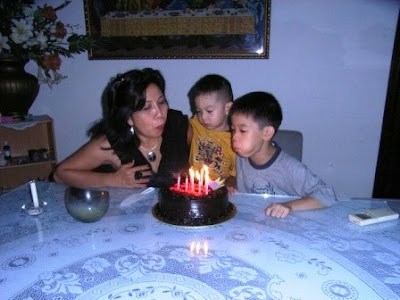 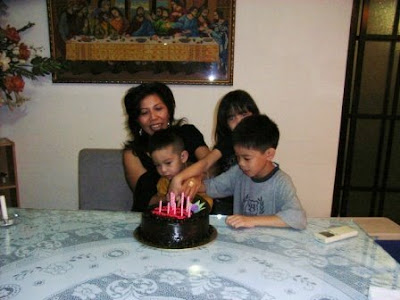 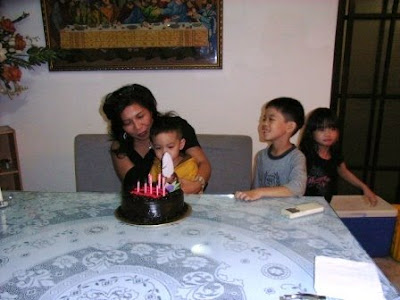 Too much excitement that MIL forgot to make her wish until FIL reminded her
All I can say is that.. this was a wonderful, well-planned surprise birthday party. One of the best so far I’ve seen. It was little but an effort had been made by all of us!
And OFF she went to JAKARTA!
http://elena-bloggingtheblog.blogspot.com/feeds/posts/default