Going to the barber can be quite a nuisance. I always braved myself before bringing Javier for a haircut. He doesn’t like the sound of the shaver, its buzzing sound; ‘ngggggg‘. I’ve got no choice because there was once, I asked the barber only to use scissors to trim Javier’s hair but it turned out pretty weird. So doing it with shaver is the best. Fast and slick!

Whereas Joe loves going to the barber. Maybe he likes the treats he gets after a haircut. Even Judith wants to trim her hair for no reason. Basically after their new hairdo’, they get to buy drinks or ice-creams or sweets. It’s up to them as long they stay in that very chair until the barber finally sprinkle and dust them with talcum powder. TADA~ 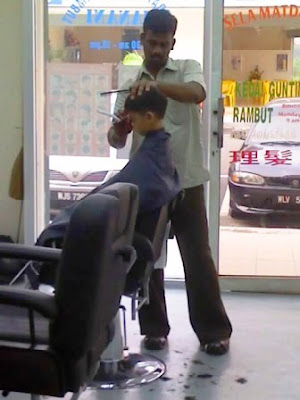 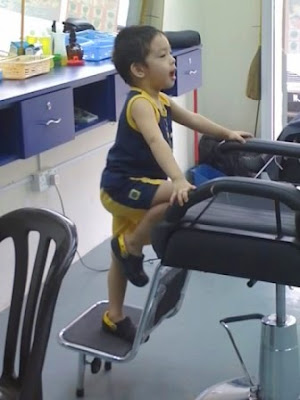 Before his turn, he was all happy and bubbly! 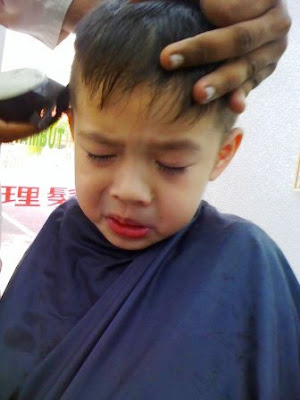 Javier doing his ‘pin-chui’ thingy once the barber starts cutting…
‘MY HAIRS’ ALL GONE!!!’ 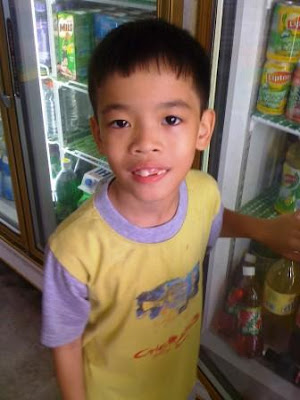 Joe with his new haircut; checking out the drinks > he got a bottle of Sarsi in the end! 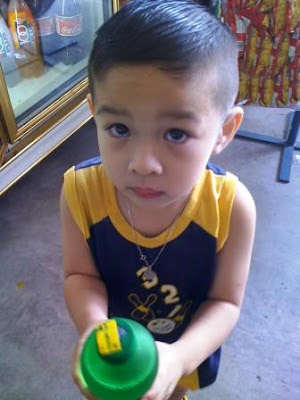 Javier got himself a 7-UP, as usual; he still looks unhappy thou

Judith was hiding away from the camera all the time but she got herself a bottle of Ribena!!!
———————————————————————–
THE VIDEO BELOW WAS SHOT IN FEBRUARY WHEN JAVIER WAS IN
“A GOOD HAIRCUT MOOD and MODE”
*the barber was kind enough to let him play with the water spray*
P/S: Every now and then, his experience going to the barber gets better and better. I remember last time, I had to hold him down while he screamed away kicking me and the barber. There was once where my mom and I tried cutting his hair for him while he was playing at home but the result was terrible. Imagine!
http://elena-bloggingtheblog.blogspot.com/feeds/posts/default

Judith’s Visit to the Salon, etc