I guess the title says it all. Yup Javier has a new pair of “CROCS”.
YAY for him!!! My sister went to town and got them right after work.
She got him the Batman series which is quite similar to the previous one.
It’s black + yellow which so coincidently, yellow is Javier’s favorite color. 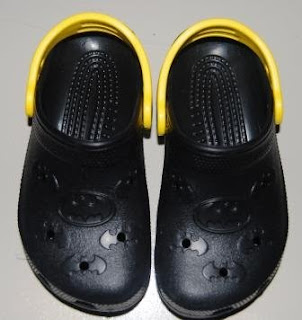 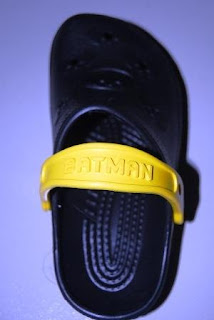 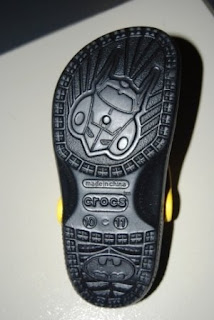 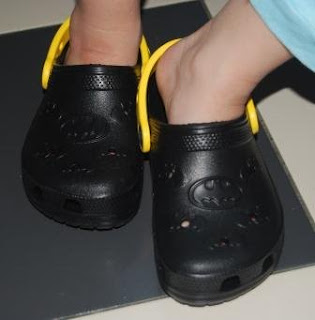 Yesterday evening, while the kids were getting their shoes to wear to play outside, Javier totally forgotten that his “CROCS” had been crushed. He went looking for them up/down/in/out. He also ask me where was it. In the end, I had to refresh his memories and once again he put on his long face.
Both Javier and me waited for my sis to come home with his new pair of “CROCS”.
I told Javier that his ‘Yee-Ma’ got a surprise for him. The moment my sis showed him his new pair of“CROCS” , he gave a sly-sideway smile. He was already gleaming asking my sis if he could try it on. He quickly put them on and started hopping around the living room.
Then he gave ‘Yee-Ma‘ a hug and some kisses!!!
He then asked if he could go upstairs and show daddy.. HAHA~
He wore his “CROCS” up the stairs happily humming!!
(Jake was bathing thou… so he waited for his dad with his “CROCS” on) 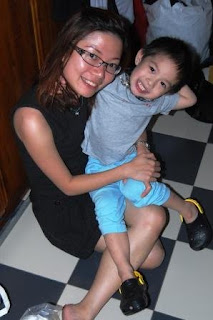 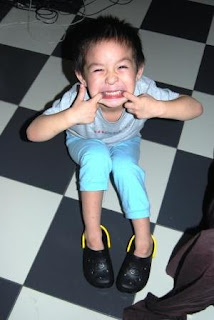 Death of a "CROC"

SAKURA where art thou?

A Trip to The Dentist