Have you ever wonder why some of our famous women celebrities don’t find a companion in Malaysian men? It’s not that I wanna insult Msian men.. but I’ve did some research, and noticed successful Msian women really do go for ‘Guai Lou’… well at least most of them.. some of them really do married Datuks’ and successful Msian men.. these men should be ‘Guai Lou’ style le.. if not cannot tahan la.

Well, maybe ‘Guai Lou’ are much more westernize… ‘Guai Lou’ won’t practice polygamy. ‘Guai Lou’ won’t tie them down… and ‘Guai Lou’ still gives them freedom of life.. They can still continue their career in the entertainment industry. I guess sometimes when a Msian female celeb is so successful, marrying a Msian man or a Datuk actually degrades them in a way.. 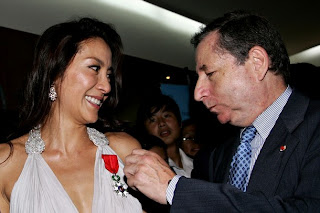 Look at Datuk Michelle Yeoh and Jean Todt… imagine her marrying a Msian. One will ponder what would happen to her high flying career. Would she be Msia’ bound? Well there’s not many chinese Datuks’ anyway for her to choose from.. so I guess she has to find a ‘Guai Lou’ companion.. and she’s still in the show business and making waves for our country.
You go GAL~

Other Msian female celebs who prefer ‘Guai Lou’ as companions: 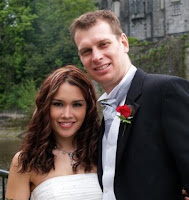 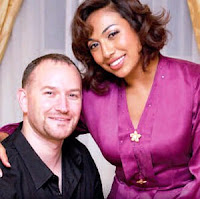 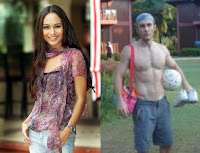 Va-Va-Ruum~
Btw… Steven, used to be Jake’s high school teacher years ago when both of them were in Garden International School@GIS!
So…. Steven, can we have an invitation please??? 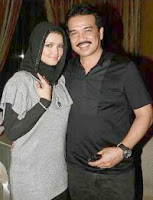 What happened to our budding Msian singer by the name of Siti then? She got married to Datuk K. Only appearing in events with her beloved Datuk K only. She has been laying low since. There were even rumors that he’s into domestic violence..Hopefully this ain’t true. Some said it happened in public and it was quickly covered up. Whatever happened to her career then? A talented singer retiring at the age of ??? Unbelievable. Whoever wants to retire from show business? Never heard of that unless you’re Madonna!! I used to adore Siti though!!!

Let The Women Be Women