The Asian Pacific Entrepreneurship Awards (APEA) 2008 was held in the Kuala Lumpur Convention Center @ KLCC on the 24th of July 2008 which was yesterday!!! 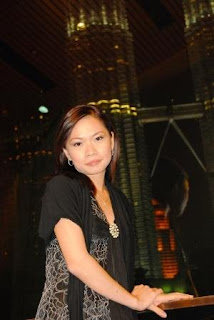 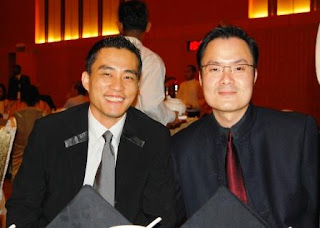 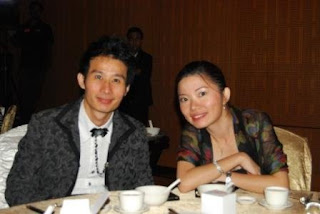 Somehow such big event don’t have cocktails.. only had ‘kerepek’ and ‘muruku’.. Didn’t spot any liquid except for the wine tasting counter. We reached there at 6.45pm. The corridor was still empty.. People only started to arrive after 7pm. VIPs’ came roughly at 7.30pm. 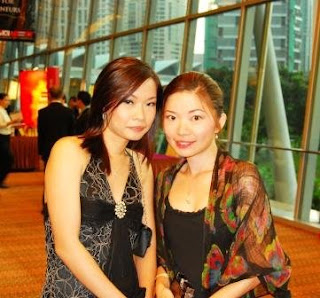 ME and my sis, Elaine
We had to register at the counter don’t know for what reason.. maybe to validate our table.
My sis and I queued up. Didn’t understand why the VIPs’ and Winners’ line was extra long. The guests line was a mere 2-3 people. When it was our turn, they turned us away and asked us to register under the ‘Guest’ counter under W. My sis was like, heck no! We queued for so long and asked us to move? We are one of the winners!!! Then the registrar girls was like, ‘OK, OK’. 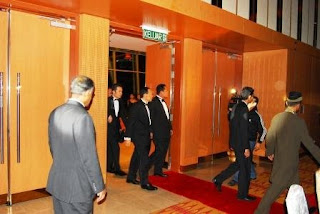 The VVIP arrived late.. i think about 9pm. We were already halfway through our dinner. I think we were having our ‘shark fin soup’ that he/they came in. We had to arise to welcome them. Waited for him to enter the ballroom, then found out that they were actually at the other end of the corridor.. GOSH~
People was standing for like a minute.. bad timing plan I’d say.
Oooo.. the highlight of the evening was Sheila Majid’s performance, thou I didn’t snap any pictures of her.. she sang 3 songs. There were a few other dance performances which I don’t think will be the talk of the day. Food was glorious; not too salty, not too sweet! The prawn dish was funny. We were given disposable gloves to put on, so we won’t dirty our precious manicures. Like I had one. LOL~ My sis was lucky! Chris peeled the prawns for her.. Jake was lucky too! I peeled the prawns for him. 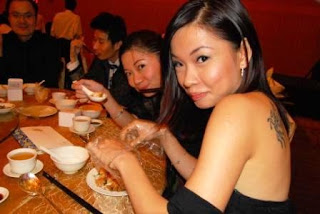 ME getting my hands dirty 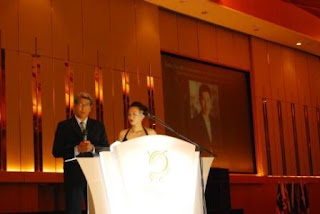 Look! It’s Datuk Jalaluddin Hassan.
*checkout the backdrop; it’s FIL.. he actually came to the event.. widescreen style..
The award ceremony was quite a handful. Jake had to represent his dad to receive the award. 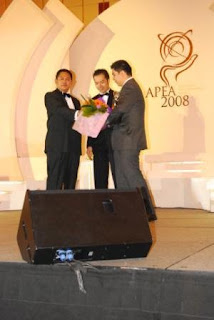 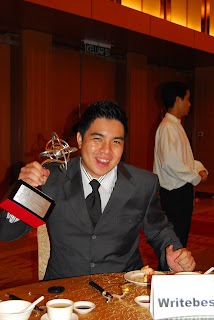 Jake rejoicing over the award.. haha 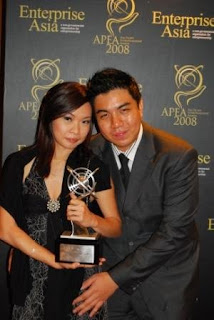 The award and US..
*gosh it was really heavy, look at the tension on my arms 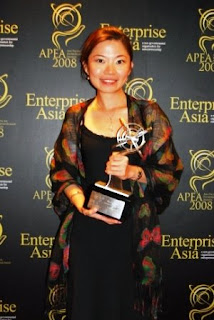 Sis happy that at last we made it through!!!
*at last, her hard work didn’t go down the drain! 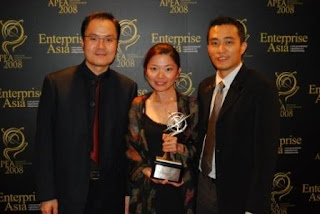 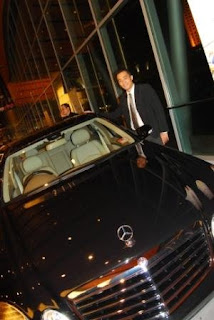 Part-time modelling job?
*u can’t really see SK.. he’s at the back talking on the phone. U-jin did a good job on posing thou.
http://elena-bloggingtheblog.blogspot.com/feeds/posts/default