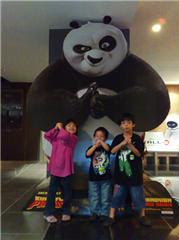 You can see they felt the awesomeness too!!

The other day we brought the kids to watch the much anticipated ‘Kung Fu Panda’..
My sis and Jake’s younger sis tagged along cuz’ they wanna feel the awesomeness too..
I’ve booked the tickets earlier via e-ticketing to save time on queuing and to avoid the kids’ disappointment in case there weren’t any tickets anymore..
We chose to watch at GCS @ Pavilion cuz’ the seatings are much more angled…
>better for short people.. kidding.. so the kids can get a better view; instead of rows and rows of heads..

It was freezing out there at the Concessions.
As usual we bought popcorns, drinks, potato chips, etc.. for the kids. A day at the movies’ wouldn’t be fulfilled without snacks to munch thru’ the movie..
After we entered the movie house, it went from cold to warm instantly.. it’s so cozy due to the house was awesomely full!! Half of the seats in the house were patronized by kids, the other half were “kids at heart”!!
The movie started off with awesomeness and throughout the story it was great.. very awesome indeed.. thou Po was awesomely fat he still is awesome..
I guess confidence is what you need to be awesome.. 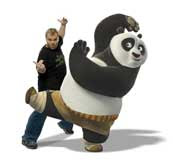 Jack Black is PO @ Panda
-was awesome as ever he could be.. double thumbs up for him > he made my kids giggled
??? He is the infamous Nacho Libre. 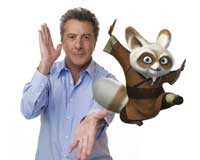 Dustin Hoffman is SHIFU @ Master
-was kinda lost but he found his way…
??? He was Mr. Magorium.

Angelina Jolie is TIGRESS
-was egoistic in a good way.. but the tigress look more like a tiger to me..
??? Sex Goddess @ Brad Pitt’s partner @ Tomb Raider

Jackie Chan as MONKEY
-was quiet.. so quiet that I thought he can’t talk.. maybe his character was a shy one.
??? If you don’t know who he is, I’m speechless.

Seth Rogen as MANTIS
-was ‘kecil-kecil cili padi’… you know what I mean
??? He acted as a nerd in Knocked Up.. upcoming movie > SuperBad

Lucy Liu as VIPER
-was lightning fast and yet so cute with the pink ribbons> vicious
??? She’s the Asian kick-butt gal in Charlie’s Angels.. 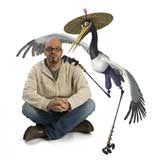 David Cross as CRANE
-was a little stuck-up at first but soon, he cooled down
??? He’s best remembered as Ian(bad guy) in Alvin & The Chipmunks.. 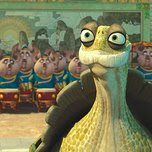 But then I found out, the quote was originally quoted by Joan Rivers… AIYAK~ it’s still a good quote thou’.. very true indeed.
Oogway means tortoise in Cantonese.. his voice-over was done by Randall Duk Kim..

??? Who is Randall?
??? He’s the keymaker in The Matrix and you’ll see more of him as Grandpa Gohan in the upcoming Dragonball Movie!

We went through 1 hour and 43 minutes of awesomeness.. credits was awesome too.. even Joe asked why it ended so fast..
Javier didn’t even doze off.. nor did he go up and down the steps.. It must have been awesome for him too…

"Wall-E" for the Weekend